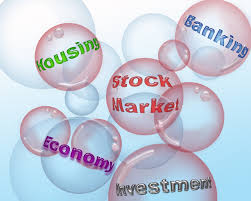 Some people will read this and say, “No inflation, no problem.” But that completely misses the point of asset price volatility and distortions of resource allocations. People complain about inequality, but then ignore these policies that aggravate inequality while making unequal outcomes rather arbitrary. In the meantime we live in a far more volatile and precarious world.

The Federal Reserve’s everything bubble

Good economic policymaking resembles good medical practice. In much the same way as a skilled doctor’s effective prescription for a disease rests on an accurate diagnosis of the illness, so too a wise economic policymaker’s effective crisis policy response depends on a comprehensive understanding of the crisis’s underlying causes.

One has to regret Federal Reserve Chairman Jerome Powell’s seemingly partial diagnosis of our present daunting economic challenge, especially considering his key role in defusing the crisis. In Powell’s view, our economic predicament has nothing to do with the possibility that years of ultra-easy U.S. monetary policy might have contributed to the creation of worldwide asset and credit market bubbles. Rather, he seems to believe that our economic challenge is solely the result of the supply side shock delivered to the economy by the coronavirus pandemic.

Following the bursting of the U.S. housing and credit market bubble in 2008, it took the U.S. economy some six years to regain its pre-crisis employment level. Dismissing any notion that the coronavirus pandemic might now be bursting asset and credit market bubbles of the Fed’s creation, Powell believes that this time around we could have a quicker economic recovery than we did following the 2008-2009 Great Recession.

Indeed, Powell believes that the U.S. economy could fully recover by the end of 2021, notwithstanding the very much deeper economic recession that we are now experiencing than in 2008-2009.

Despite Mr. Powell’s assertions to the contrary, over the past decade the Fed, along with the world’s other major central banks, created a global asset and credit market bubble. They did so by buying a staggering cumulative $10 trillion in low-risk government and private sector bonds with the aim of forcing investors to take on more risk and to stretch for yield. The net result of that policy was the creation of a global equity and housing market boom as well as the major distortion of world credit markets.

One indication of the world equity price bubble was the very high valuation to which the U.S. equity market reached before its large coronavirus-induced correction earlier this year. Measured by the cyclically adjusted price-earnings ratio, before the pandemic’s onset U.S. equity valuations reached lofty levels experienced only three times in the past hundred years. Meanwhile, numerous housing markets around the world, including those in several large U.S. cities, had price-to-income ratios that exceeded those reached at the 2006 peak of the earlier housing market bubble.

More troubling yet, the world’s major central banks have distorted global credit markets in a major way, as investors were encouraged to take on excessive risk. One indication of such credit market excess was the more than doubling in the risky U.S. leveraged-loan market to its present level of around $1.3 trillion. Other indications were the approximate doubling over the past decade of lending to the emerging market economies and the very low interest rates at which highly indebted countries like Italy were able to finance themselves.

A key point to which Powell is choosing to turn a blind eye is the great likelihood that the very depth of the current economic recession, which is almost certain to be the worst experienced in the past 90 years, will burst asset price bubbles around the globe and make it all the more difficult for debtors to service their loans. This will be particularly the case for the travel, hospitality and entertainment sectors of the world economy that are bound to be particularly hard hit, at least until a COVID-19 vaccine is made widely available. If a wave of debt defaults and bankruptcies were to occur, we could see real stress in the world financial system. [The only option the Fed has at this point is to ramp up ZIRP and QE4ever as well as underwrite US Treasury borrowing.]

Another key point that Powell seems to overlook is the likelihood that the global economic recession could trigger both another round of the European sovereign debt crisis and yet one more major emerging market economic crisis. In this respect, it is hardly encouraging that the European economic recession shows every sign of being deeper than that in the United States and that Europe is still struggling to fashion a united fiscal response to the recession. Nor is it encouraging that capital is being withdrawn from the emerging market economies at a record pace and that a number of emerging market currencies already appear to be in free fall.

To his credit, Powell responded both boldly and promptly to the initial phases of the current economic crisis. Hopefully, he stands ready to do more of the same at the first signs of real stress in the global financial system. If not, we can be sure that our full economic recovery will be delayed until well after the end of 2021.

[Not sure how writing more trillion$ blank checks really is a solution.]

Desmond Lachman is a resident fellow at the American Enterprise Institute. He was formerly a deputy director in the International Monetary Fund’s Policy Development and Review Department and the chief emerging market economic strategist at Salomon Smith Barney.

The problem we see here is that the world’s economies, made up of the world’s citizens, have been dangerously pushed out on the risk curve. Meltdowns of inflated asset values are sure to occur and each one means we are less able to respond to excess risk and loss. The USA is in an envious position because its control of the world currency means all those dollars come back to the US economy to buy real assets, so those who own those assets (Americans) are far more fortunate than those who want to buy them. But this only means more economic and political volatility across the globe.