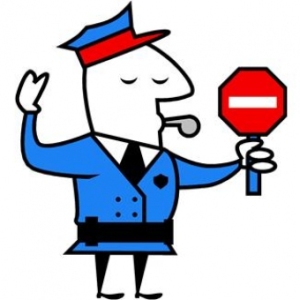 On public goods and regulation.

The Man Who Resisted ‘Blackboard Economics’

Ronald Coase, who died on Labor Day at age 102, was one of the most unusual economists of the 20th century. He won the Nobel Prize in 1991 for his insights about how transactions costs affect real-world economies. In a 75-year career he wrote only about a dozen significant papers, and he used little or no math. Yet his impact was profound.

In his early 20s, Coase was a socialist, but he had a trait that few socialists have: curiosity about how economies work. On a trip to the United States from his native Britain in 1931 and 1932, he dropped in on perennial Socialist Party presidential candidate Norman Thomas, and he visited Ford and General Motors. How, he wondered, could economists say that Lenin was wrong to believe that the Russian economy could be run like one big factory, when some big firms in the U.S. seemed to run well?

Coase’s answer, in his widely cited 1937 article “The Nature of the Firm”: Companies are like centrally planned economies, but unlike the latter, they are formed because of people’s voluntary choices. But why do people make these choices? Coase wrote that the answer is “marketing costs,” or what economists now call “transaction costs.” If markets were costless to use, there would be no point in forming companies. Instead, people would make arm’s-length transactions. But because markets are costly to use, the most efficient production process often takes place within a company. His explanation of why companies exist spawned a whole literature.

His 1960 article “The Problem of Social Cost” gave rise to the field called “law and economics.” Before Coase, most economists had accepted British economist Arthur Pigou’s idea that if, say, a cattle rancher’s cows destroy his neighboring farmer’s crops, the government should stop the rancher from letting his cattle roam free or tax him for doing so. Otherwise the cattle would continue to destroy crops because the rancher would have no incentive to stop them.

Coase challenged that view. The rancher, he wrote, would be ignoring an opportunity: the chance to be paid by the farmer not to destroy the crops. If transaction costs were zero—Coase was clear that he wasn’t assuming they were—the farmer and rancher could come to a mutually beneficial agreement.

For example, if the rancher’s net return on a steer was $20, then the rancher would accept some amount over $20 to give up the additional steer. If the steer was doing harm worth $30 to the crops, then the farmer would be willing to pay the rancher up to $30 not to raise the steer. So the case for Pigou’s taxation was no longer so clear.

Deirdre McCloskey, an economist at the University of Illinois at Chicago Circle, thought the no-transactions-cost insight was trivial. The interesting part, according to Ms. McCloskey, is what happens when reality intrudes in the form of positive transactions costs. Then it matters how courts assign liability. If, in the above example, a court gave a rancher the right but the rancher valued the steer at less than the damages to the farmer’s crop, transactions costs could prevent the efficient solution from emerging.

Coase himself rejected both the Stigler view (that zero transactions costs are the important case) and the Pigou view, both of which he derisively called “blackboard economics.”

Another famous Coase article, “The Lighthouse in Economics,” was published in 1974. Economists often use lighthouses as an example of a public good that only government can provide. But Coase showed, with a detailed look at history, that lighthouses in 19th-century Britain were privately provided and that ships were charged for their use when they came into port. There were ships that didn’t come into port, but enough did to make lighthouses a paying proposition.

Coase’s investigation undermined economists’ previous view that the free-rider problem would put the kibosh on for-profit lighthouses. It also strengthened his view that economists needed to study real markets rather than settling for blackboard economics.

In 1959, Coase wrote that the Federal Communications Commission was unnecessary; electromagnetic spectrum could be bought and sold in a free market. There was nothing special about the scarcity of spectrum, since all economic goods are scarce. This view was derided at the time, but is now almost standard fare among economists.

As editor of the Journal of Law and Economics from 1964 to 1982, Coase published articles that were critical of government regulation. Not, Coase emphasized, because regulation could not work but because, in virtually all the cases examined in that journal, regulation did not work. Regulation led either to cartels or to other negative effects.

Why? As Coase said in a 1997 Reason interview, “It’s easier for people to discover that they have a bad can of peaches than it is for them to discover that they have a bad idea.” Many intellectuals thought Coase was arguing for government regulation of ideas. He wasn’t. His point was to get intellectuals to see that their case for regulating goods is weak.

For decades, an increasingly large percentage of our economic output has been moved from the positive-sum game of markets and private property to the zero-sum game of government and politics. According to the Office of Management and Budget, total government spending in the U.S. rose from 17 percent of GDP in 1948 to 35 percent in 2010. As public choice theory predicts, the more resources government bureaucracies control, the more lobbyists, crony capitalists, and entitlement clients will appear seeking to divert handouts into their pockets. Such would-be beneficiaries need experts to construct the facts that they use to justify to political patrons and agency bureaucrats why they deserve a share of the government’s largesse. To the extent that we live in a “post-truth era,” it is in good measure because it pays so well to dissemble, exaggerate, and spin for government grants and favors.

Our political class is no longer focused on win-win solutions, but on win-lose redistributions. This is hardly ideal for a democracy. Here’s another revealing quote by the economist Frederic Bastiat from 1848:

Government is the great fiction through which everybody endeavors to live at the expense of everybody else.

It shouldn’t be so.